Jesus sometimes uses our finances to speak to our hearts.  Money is one of the main ways people gauge success or failure.  Therefore, speaking about money in parables makes them a perfect vessel for teaching important lessons.  Every man can easily relate to lessons on money.  Therefore, the Parable of the Ten Minas and other parables easily cuts right to the heart of the matter. For where your treasure is, there your heart will be also. Matthew 6:21

However, for the seven servants that rebelled their judgment was a final judgment of execution. There are many things we can learn from each parable. Click the link to learn more about the Parable of the Talents.

Today, we will be unpacking the main theme of the parable of the ten minas. The Parable of the Ten Minas is to teach us that God provides all our resources. We should use these resources and our time wisely. Finally, all will one day answer for their rebellion against God.

The Noble Man of the Parable of the Ten Minas

A man of great means came to receive a kingdom.  Similarly, Jesus (with unlimited means) came into this world to seek His kingdom. The Parable of The Ten Minas speaks of Jesus coming from Noble birth to be among His people. To rule over us as stated in the Bible. King of kings and Lord of lords. (Revelation 19:16)

11As they heard these things, he proceeded to tell a parable, because he was near to Jerusalem, and because they supposed that the kingdom of God was to appear immediately. 12He said therefore, “A nobleman went into a far country to receive for himself a kingdom and then return.

The Ten Servants in the Parable of the Ten Minas

This nobleman calls his ten servants and gives them each one mina to invest to generate profits. However, his people rebelled against him.  Jesus also came to us to be good stewards of all God has provided.  Many rebelled and rejected him as well.

13Calling ten of his servants, he gave them ten minas, and said to them, ‘Engage in business until I come.’ 14But his citizens hated him and sent a delegation after him, saying, ‘We do not want this man to reign over us.’ Luke 19:11-14

Accountability Of The Parable of the Minas

One day we too will be called to give an account of all that we were given by God.  Did we use any of it to advance the kingdom of God storing up treasure in heaven, by helping the needy, the widows, and the orphans?  Have we given our tithes and offerings to the church based on our gross income?  Did we share the good news with anyone and everyone available to hear it? Hence, we should be willing to be a servant of God. Thereby, bringing one more to Christ. The Parable of the Minas teaches us that all that we do should be for the glory of God.

15When he returned, having received the kingdom, he ordered these servants to whom he had given the money to be called to him, that he might know what they had gained by doing business. 16The first came before him, saying, ‘Lord, your mina has made ten minas more.’ 17And he said to him, ‘Well done, good servant! Because you have been faithful in a very little, you shall have authority over ten cities.’ 18And the second came, saying, ‘Lord, your mina has made five minas.’ 19And he said to him, ‘And you are to be over five cities.’ 20Then another came, saying, ‘Lord, here is your mina, which I kept laid away in a handkerchief; 21for I was afraid of you because you are a severe man. You take what you did not deposit and reap what you did not sow.’ Luke 19:15-21

Judgment of The Parable of the Minas

We cannot bury our heads under our mattresses for the sake of ourselves.  Christians must be bold and go out into the world sharing the gospel.  We should be loving one another and sharing in each other’s burdens. There needs to reaping of a harvest of more believers.  Finally, we cannot rebel against God and go our own way. The Parable of the Minas teaches us that it all belongs to God and can be taken away. Finally, the judgment of those who have knowingly separated themselves from by their own choice.

22He said to him, ‘I will condemn you with your own words, you wicked servant! You knew that I was a severe man, taking what I did not deposit and reaping what I did not sow? 23Why then did you not put my money in the bank, and at my coming I might have collected it with interest?’ 24And he said to those who stood by, ‘Take the mina from him, and give it to the one who has the ten minas.’ 25And they said to him, ‘Lord, he has ten minas!’ 26‘I tell you that to everyone who has, more will be given, but from the one who has not, even what he has will be taken away. 27But as for these enemies of mine, who did not want me to reign over them, bring them here and slaughter them before me.’” Luke 19:22-27

Judgment is Not Negative

Jesus came to save us. The final judgment is ultimately the process of separating the believers from the non-believers.  This judgment should not be viewed negatively, because the unsaved have already decided in their rebellion that they want to be separated from God.  Those who believe in Jesus and His redemptive powers should have no concern about going to heaven. That includes all of us sinners who fall short of the glory of God (Romans 3:23). However, it is up to us to believe and repent of our sins for we will be saved.  Repenting may take the form of a daily confession or reconciliation with God about past sins. Hence, we all must lay it all at the feet of Jesus. For Jesus died for our past sins, current sins, and future sins.

If you know Jesus and He is your Lord and Savior, then you be confident that whatever you are facing today on Earth has no power over you.  What waits for you in heaven is far more than you can ever imagine.  The time spent on earth is a mere fraction of time compared to eternity with God. So today accept the peace of God and live your life knowing you are loved.

The Parable of the Minas Teaches It All Belongs To God

Everything we have belongs to God.  Every blessing comes from above.  God only wants good things for us. But most of all God wants you.  Therefore, we should give thanks to God.  We can share this gratefulness by giving to those who are in need.  Remember we have been blessed to be a blessing to others.  We should also allow others to bless us for God may have laid it in their hearts to bless us.  I struggled in past with allowing others to help me. I have thought of myself as the giver, but we must always remain open to blessings from God that come from others.

The final lesson and probably the most important is to be wise in the use of the minas (money) that God has gifted us with.  Learn to grow this money and not foolishly squander it.  Money can be used to further the kingdom of God and to help those in need.  Learn all that you can about how God views money from the Bible.  Also, educate yourself on how to budget, save, and invest your money wisely.  Use all your gifts and talents for good.

Commit your work to the Lord, and your plans will be established.

Slave to the Lender

How to Build Wealth from Nothing by Investing?

22 thoughts on “Parable of the Ten Minas” 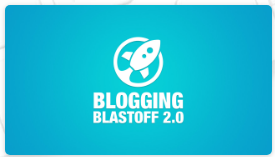 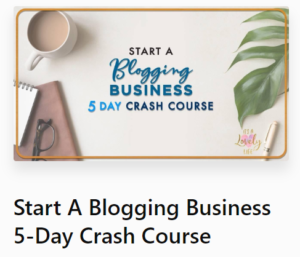